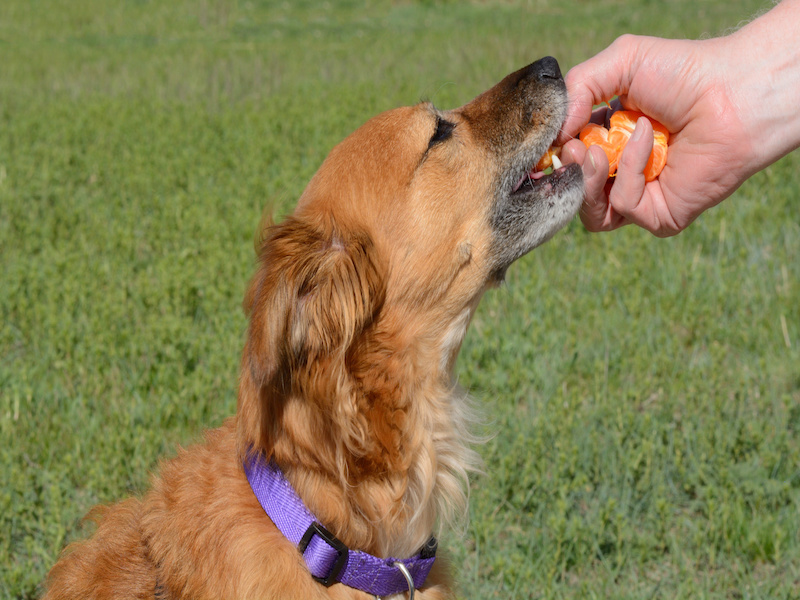 Lazing around the house – whether on a weekend, an off day, or just unwinding from work – is its own special kind of fun, even if you’re not actually doing anything to amuse yourself. You can grab some blankets, turn on a show, read a book, munch on your favorite snack foods – after all, if you had anything to do, it wouldn’t be an off day.

Chances are your dog will want to join in – dogs are sociable animals for the most part and love to cuddle up with other members of the family. This can be something of a problem if you happen to be eating something, as it is nearly a foregone conclusion that the dog will want some as well.

Aside from a certain amount of discipline your dog may need if it’s grabbing your food, there’s a more immediate issue with letting it eat out of your plate – not everything that humans like is acceptable for dogs. The archetype of this is chocolate, which humans can and do enjoy in numerous forms but which is toxic to dogs in even modest amounts.

Cheeto puffs are a common enough snack food for a day indoors reading, gaming, or enjoying your favorite series. If your dog decides to join you for any of these activities, is it okay to share some?

There are lots of food that we eat that our dogs should stay away from. This is mainly because the ingredients in the food we have are too harsh for canine stomachs.

Another reason to keep your dog away from your food has to do with their daily calory intake. Dogs that consume over their daily calorie allowance run the risk of taking in too much fat and salt and are therefore at a higher risk of obesity.

So, can dogs eat Cheeto puffs? The answer isn’t that simple. You shouldn’t intentionally feed your pup Cheeto puffs as it may cause stomach discomfort and obesity, but if your dog gets its paws on Cheeto puffs without you noticing, they aren’t going to be in any immediate danger.

Vegetable oil, garlic powder, onion powder, and cheese seasoning are just a few ingredients that don’t agree with doggie stomachs. These are all ingredients that vets do not recommend for your dogs on a regular basis. 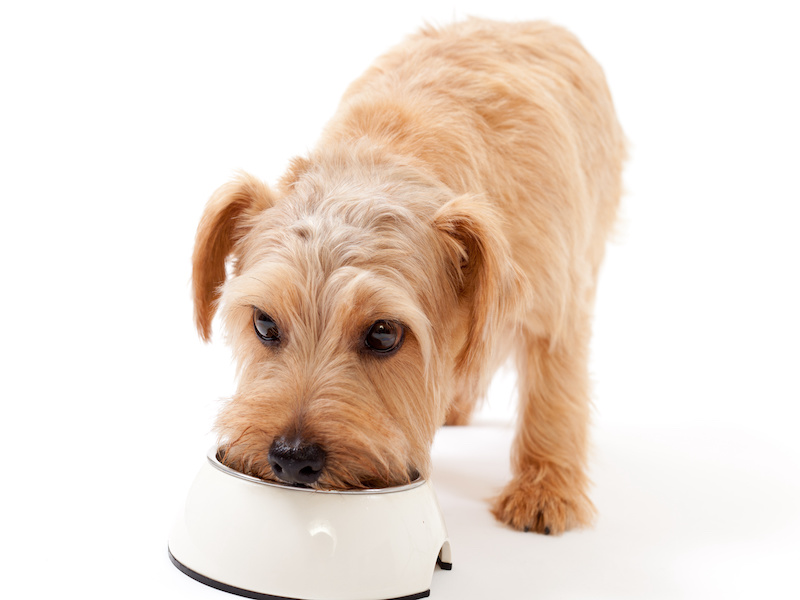 Although many pet owners have legitimate concerns that their dogs might not survive eating human snack foods, a dog that manages to grab some Cheeto puffs while you’re looking the other way is likely to be just fine. Spicy foods have been known to have adverse side effects on dogs, with some seasonings like garlic, onion, and nutmeg even presenting a significant health risk, but a Cheeto puff actually contains relatively little natural seasonings. The artificial replacements taste the same to us but are unlikely to damage your dog.

Even if the seasonings were naturally occurring ingredients, it’s unlikely that a mouthful of them would be enough to hurt your dog. The amount used in each individual puff is so low that a significant quantity would need to be eaten for the dog to feel any ill effects. You may need to scold the dog and get more snacks, but a dog getting into your Cheeto puffs jar doesn’t necessarily mean a trip to the vet.

Cheeto puffs might not actually hurt your dog, but that doesn’t mean that you should make them a steady part of its diet, or even an infrequent part. Cheeto puffs are not remotely beneficial enough to warrant a steady place in a healthy, balanced diet for a dog – years of parents telling their children that Cheeto puffs are junk food were onto something.

The ingredients used to manufacture Cheeto puffs, while not naturally toxic, have few health benefits to speak of – they are mostly starch, with some small amounts of flavoring and coloring added. The puffing process means that they barely have any ingredients at all, healthy or not – every individual puff is well above 80 percent air.

Everyone loves that cheesy taste that makes the Cheeto puff so popular, but that flavor contains a considerable amount of sodium – far more than your dog should be eating on a regular diet. High salt intake can result in your dog’s cells becoming dehydrated and its blood beginning to thicken, which can be dangerous in the long run.

Short term effects of too much sodium can include vomiting, diarrhea, and loss of muscle control, so if you suspect your dog has been helping itself to Cheeto puffs, make sure to keep an eye out for any of these. Keep its water bowl topped off as well – a dog that has overloaded on sodium will need a significant water intake to try and balance out the sodium ions now in its system.

Cornmeal is used in many Cheeto products, not just the puffs, and contains high carb counts that are transferred directly into the puffs. Dogs are by nature carnivorous and are not built to handle the carbohydrate levels a human can tolerate. Adding too many carbohydrates to your dog’s diet will lead to rapid obesity and multiple attendant conditions like diabetes and heart problems

This is exacerbated by the liberal use of canola or vegetable oil in the manufacturing process, both of which are strong sources of calories and carbs. Cheeto puffs, and indeed anything in which synthetic oils are the main ingredient, should be fed to dogs only sparingly, and in connection with a regular exercise regimen to burn off the extra energy intake.

A final matter to keep in mind before passing your dog a handful of these puffs is that they are heavily treated with preservatives, something that neither humans nor dogs are really meant to digest. Most snack foods keep the amounts of preservative per bag minimal enough that a human might not notice it, but dogs are usually smaller and have a faster metabolism; the same amount that a human would find negligible can have adverse effects on dogs, especially if Cheeto puffs become a habit.

Check Also: Can Dogs Have Sushi?

Can Hot Cheetos kill a dog? 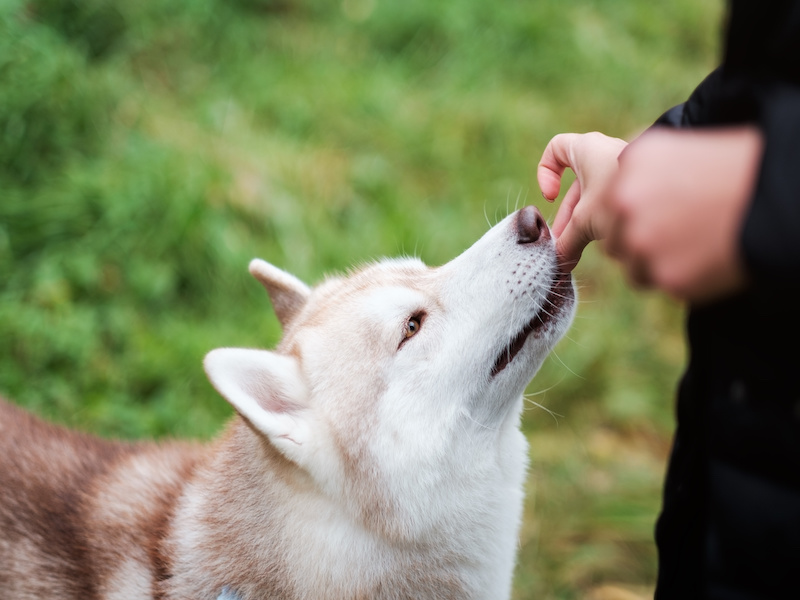 Cheetos is a brand quite proud of the many options that it has to offer its customers, both in terms of the flavors on the market and the different forms in which those flavors can be procured. Cheetos offers chips, puffs, twisted crunchy shapes like macaroni, and more, in more flavors than one might expect.

It is important to understand that none of these are good for your dog – even the plain flavor is unhealthily high in salt and oil, and other varieties only make the problem worse. None of them will be immediately harmful, but you should take care that our dog doesn’t begin to think of them as edible.

When to Go to the Vet: Symptoms to Look Out For:

If your dog is asking to go outside more often than usual to urinate, or if they can’t wait and do it in the house after eating Cheetos, you should seek medical attention for them.

Having a high fever is always a tell-tale sign that something is up. If your dog becomes lethargic or shivering, this could sign that they have a fever, and you should take them to the vet right away.

You know your dog better than anyone else, so if your pup is restless and unsettles after diving into a bowl of Cheetos, then something is up. Restlessness could be a sign of an upset stomach, or it could be something far or serious. It is always better to double-check with your vet.

Some dogs are born with medical conditions that cause seizures; however, even if your furry friend is prone to seizures, having one after eating Cheetos is not a good sign. Likewise, if your dog has never experienced a seizure before and has one not long after eating Cheetos, you need to rush them to the vets right away.

This is rather a difficult symptom to identify; you should look out for your dog’s irregular activity that an irregular heartbeat could cause.

Is your dog sleeping more than usual? It is better to be safe than sorry and take your dog to the vet if they are less playful after eating food that they are not supposed to.

Diarrhea is a very obvious symptom that something is up. This is usually caused by an upset stomach.

Vomiting is usually an allergy symptom. Your dog might be having an allergic reaction to one of the ingredients in the food and needs medical attention.

How to Help Your Dog Before You Reach the Vet?

Make sure that your dog is warm, comfortable, and has plenty of water nearby before you get to the vet. It is a good idea to go with someone else or to get a cab to the vets so that you can cuddle and stroke your dog to comfort them if they are distressed. 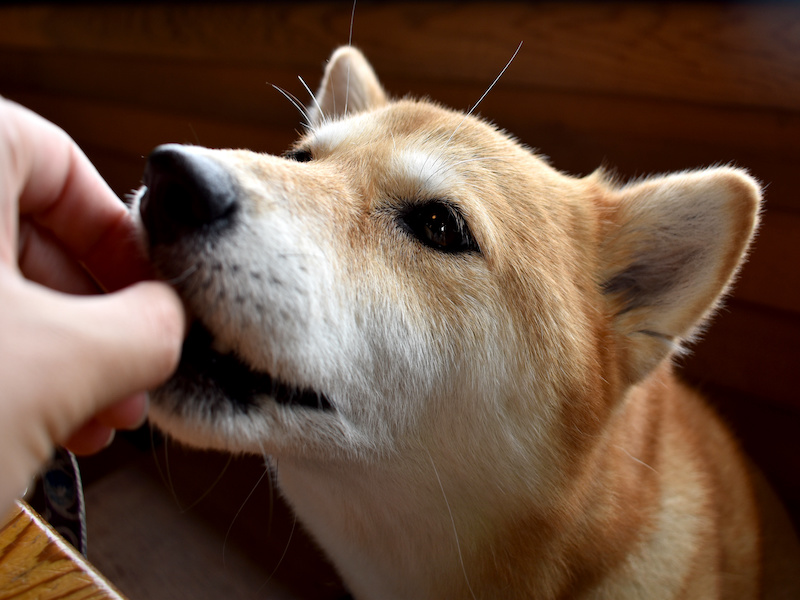 Your dog will suffer no immediate harm from eating Cheeto puffs, although you might be annoyed at it for taking your snacks. That said, Cheeto puffs are not dog food, and you should be keeping them off your pet’s menu as much as possible. 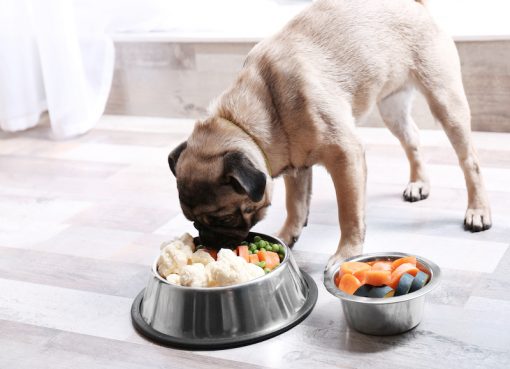 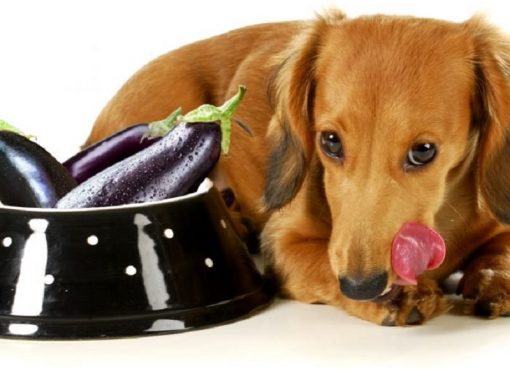 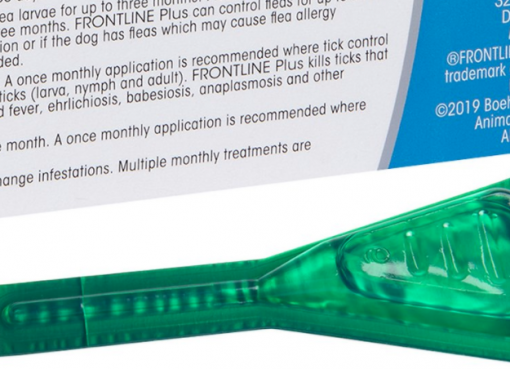 Nexgard vs Frontline: Which One is Best?