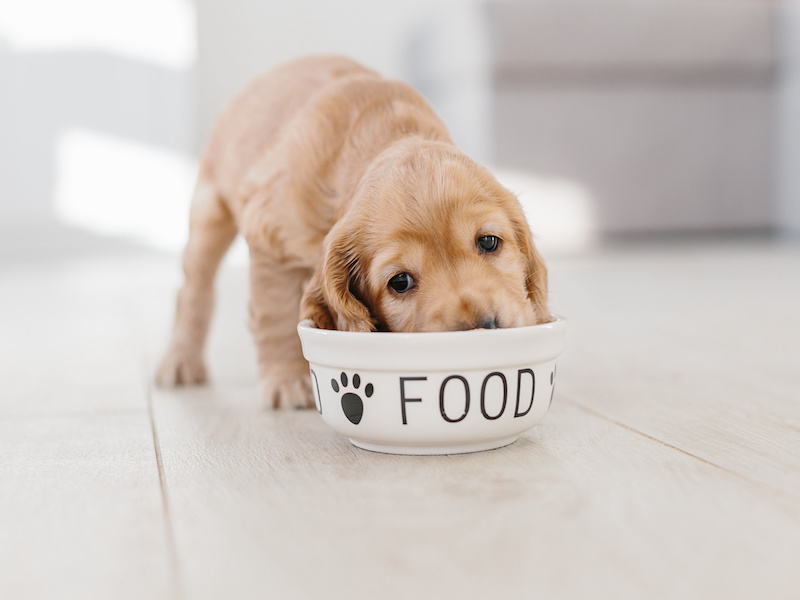 That dogs will readily eat a lot of things that humans won’t is common knowledge. As far back as biblical times, people threw to the dogs the inedible carcasses of animals torn apart by wild beasts. Most dog owners have firsthand experience with the fact that a dog will likely eat many things their owner wished they would not – clothes, papers, or any wiring left too close to the dog’s cage.

In entirely the other direction is the fact that dogs will also eat human food, either raw or cooked, and not necessarily only the natural meats that are their diet in the wilds. Dogs will readily dig into candy, ice cream, potato chips, and numerous other man-made snacks. The poster boy of this kind of thing is chocolate, which is infamously irresistible and indigestible for dogs. Dogs should never be fed any significant quantity of chocolate, no matter how cute they might look begging, and if they ingest any should be given medical attention immediately.

With the variety of commercial pet foods on the market these days, many people find themselves wondering what else is safe to give a dog. After all, most pet owners don’t actually go over the ingredients on the dog food they’re buying, and few have ever experimented enough to know definitively what will or will not harm a dog if the pooch takes a bite. This is hardly limited to synthetic foods; there are plenty of natural food sources that are a huge question mark for the vast majority of pet owners.

One of the more common subjects of this question is seafood – we eat it like any other meat, but nearly all seafood has significantly different nutritional values than meat on land or edible fowl. Crab is a popular nautical food for humans – what do dogs make of it? 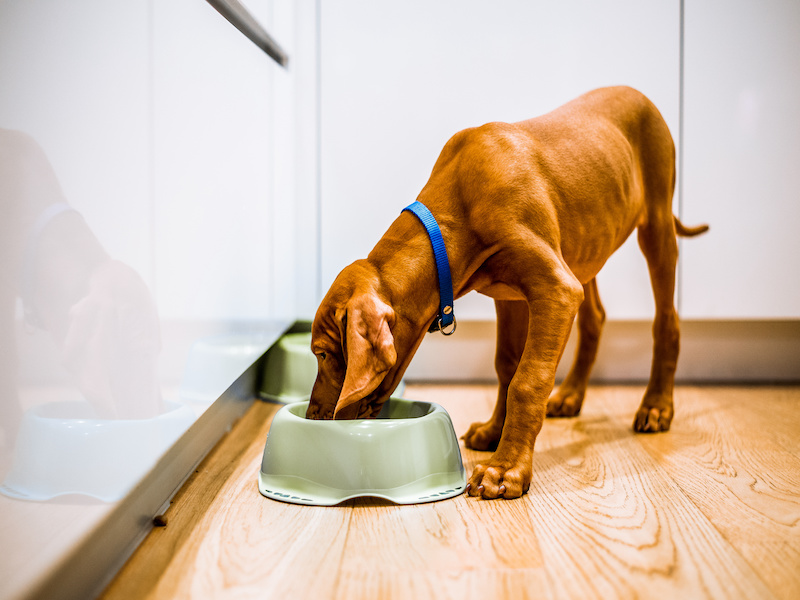 Any fisherman – and probably anyone who’s ever been to a supermarket – can tell you that there is a lot of grey area in seafood. Fish, at one end of the spectrum, are often handled in nearly the same way one might move mutton. Seaweed, on the other, needs to be thoroughly cleaned and processed before humans can eat it safely.

Dogs don’t care much for aquatic vegetation, but can get through fish meat fairly well; like humans, they find it a passable, if an unusual, substitute for prey animals on land. The one thing that they do differently than humans is that a dog will eat the skin or bones of a fish with the same gusto as the meat, being more suited than humans to breaking down the tough bits of the fish to benefit from the nutrients packed within.

Shellfish are a different matter. Their shells are made of chemically different substances than either animal or fish bones, and as inedible to dogs as to humans; additionally, the anatomy of most shellfish requires them to be thoroughly cleaned before they can be realistically eaten by anyone. Crabmeat is a good example of this, as the bulk of the crab needs to be discarded out of hand – all the edible muscle tends to be in the legs or underside, instead of distributed through the crab’s body as is the case with land animals.

Dogs can eat properly prepared crab, but it should be prepared to human standards – all shell and skin removed, and the meat cooked all the way through. Using leftover meat is not recommended – give your pooch only fresh crab, or if needed crab meat that has not been refrigerated or frozen after cooking.

Seafood Nutrition Facts For Your Dog 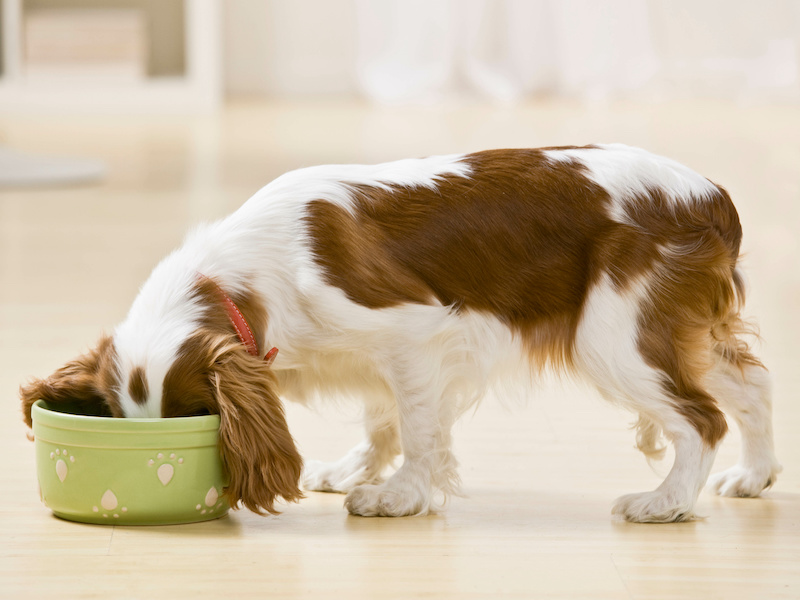 Fish are valued in human diets as a strong source of omega-3 and other fatty acids or nutritional oils that the human body cannot manufacture, and they provide many of the same benefits to your dog. Fish can give your dog a more lustrous coat and solve arterial problems by balancing out their cholesterol levels; additionally, fish are a great source of protein, making them a solid choice for your dog’s muscular development.

While there is such a thing as fat in fish, it is distributed very differently than in mammals, with none of the large deposits of fat cells that occur when land animals fatten. The fat is instead distributed through the fish in layers, creating the distinctive flaky texture that is so often associated with seafood.

This means that while you are unlikely to be feeding your dog large chunks of fat by giving it crab or other fish, you should not calculate the dog’s meal as pure protein; there is also the fat content, and too much of it can be harmful. Seafood is also sometimes packed in oil, which can add far more calories than one might suspect when unpacking it.

Can Dogs Eat Crabs on the Beach?

Taking your pooch out for a walk on the beach is a delightful experience for both you and your dog. Dogs are scavengers, and they are always snooping around for something to nibble on, whether it is edible or not, which is why you have to keep an eye on them at all times.

Dogs shouldn’t eat crabs on the beach for many reasons. The first is that raw crab meat may contain harmful bacteria that may cause your dog to become extremely unwell. Secondly, there have been stories of crab shells harming your dogs internally. Crab shells are sharp, and they may cut your dog’s mouth or break their teeth.

Dogs should never eat crab shells. Crab shells are dangerous, and if you suspect that your pet has consumed part of the shell, you should monitor their condition and take them to the vet as soon as you notice unusual behavior.

Although you might assume that crab meat is healthy for your pet because it is full of omega 3, healthy fatty acids, and protein that at first sounds like something beneficial for your dog, unfortunately, the downsides outweigh the benefits.

The interstitial parasites inside crab meat can be incredibly harmful and will most likely result in your pup suffering from a severe stomach ache. So, what precautions can you take? Here are a few tips for keeping your dog safe and away from crab meat:

Keep an eye on your dog on the beach. This is actually a lot easier said than done! Keep your dog away from rock pools and other crab-infested areas so that your dog isn’t tempted to nibble on crabs.

2. Remove Crab Meat From thor Mouth as Soon as You See it

If you see your dog eating something on the beach, you should try to remove it from its mouth as soon as possible.

If you suspect that your dog has eaten crab meat, take them to the vet for a checkup and further advice. It is always better to be safe than sorry.

Seafood tends to be a fairly touchy subject with dogs, as the chemical difference between fish or crustaceans and their normal diet can lead to some dangerous reactions. Like humans, dogs can have serious allergic reactions to aquatic food, and the nutrient balance can be enough to put them in serious danger if they eat to excess.

A more readily visible danger presents itself when leaning the food in question – dogs will happily crunch down fish bones, but the resultant sharp, thin fragments can easily rupture the dog’s intestines and cause severe organ damage. Dogs are also susceptible to the dangers posed by the mercury known to accumulate in seafood, and, like humans, should not take too much of even the safest of options. 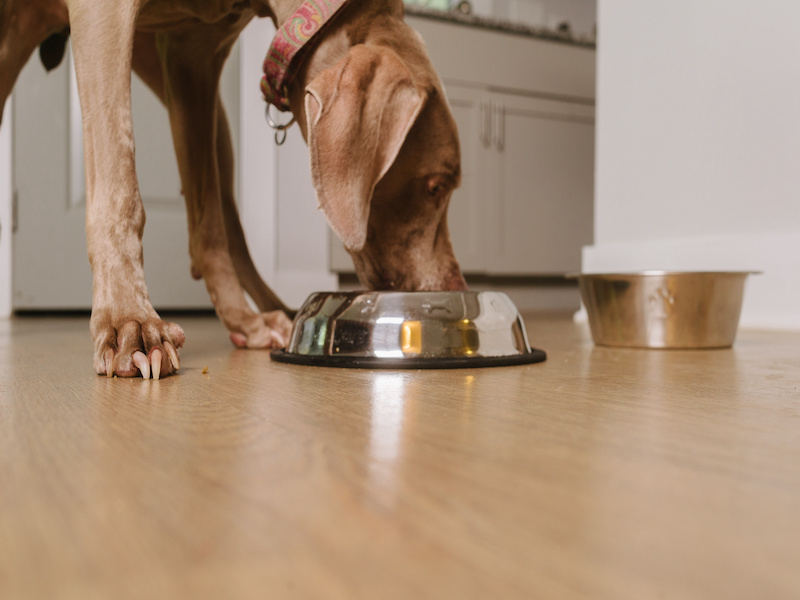 Sharing some crab with your dog might not be a disaster right away, certainly not if all you’re handing over is a bite or two of solid crab meat. Most other kinds of seafood are okay in small quantities, such as fishbowl toppers or dog treats, but for the most part, your dog should stick to a healthy diet of ordinary kibble approved for their size, breed, age, and lifestyle. 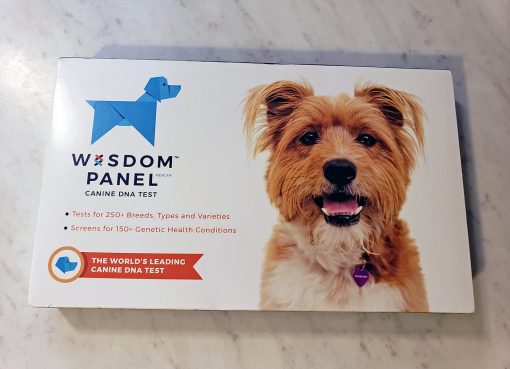 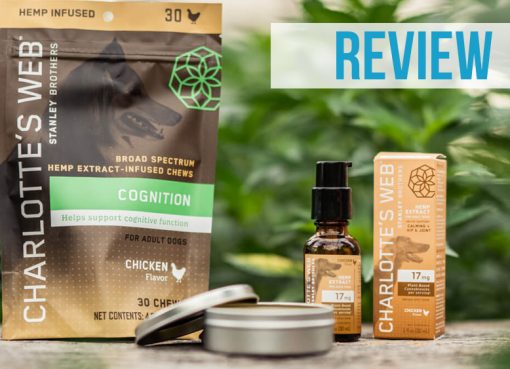 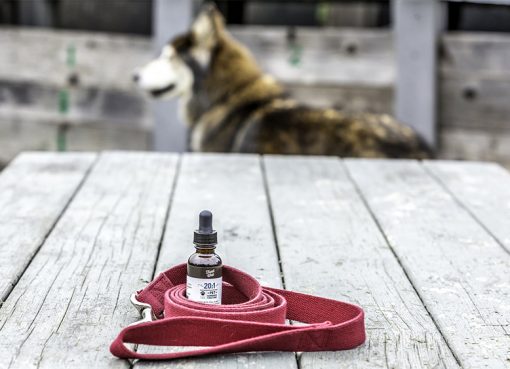