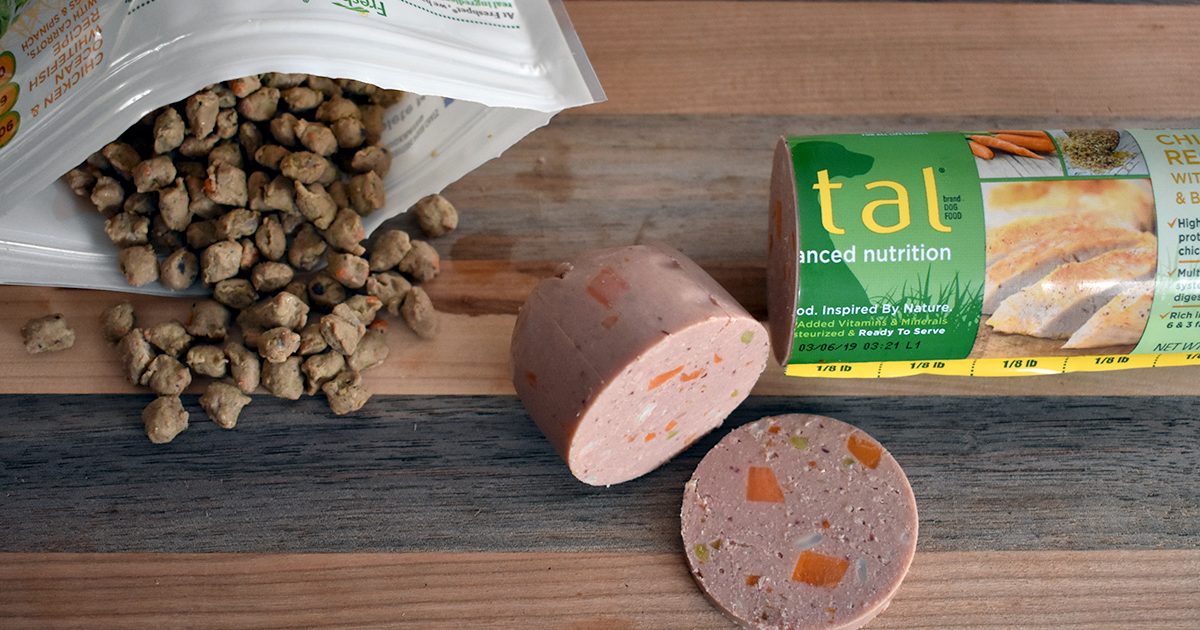 There are better fresh options. Freshpet can conveniently be purchased at most pet stores but a new crop of fresh dog food delivery competitors offer better, fresher food delivered right to your door. The Farmer’s Dog tops our list as the best dog food, but check out our full list of best fresh pet food companies; most offer a heavy discount on your first order so you can see how your dog likes it (spoiler alert – they will!)

The smarter fresh food is The Farmer’s Dog

We prefer The Farmer’s Dog over Freshpet. Why? Because you get fresher dog food delivered right to your door that was made just days ago, not something sitting in a supermarket fridge for weeks to months. Get 50% off by clicking here or the coupon link below.

Freshpet has been on the leading edge of the fresh dog food market which has now taken off into a very popular trend, offering fresh meals for pets since 2006.

You’ve undoubtedly seen Freshpet in your local pet store or grocery store as they have over 19,000 fridges across North America selling their refrigerated dog food.

Traditionally Freshpet has been sold as “rolls” that you keep refrigerated and cut up to give to your dog in portions specific to their size, though Freshpet does offer bagged refrigerated dog food and treats today as well.

Freshpet is not “raw” dog food, it has already been cooked and pasteurized to kill harmful bacteria before leaving their kitchen.

All of the meats used in Freshpet are sourced from North America and all of their food is made in Pennsylvania before it’s shipped out across the US.

Before we jump into a closer look at the Freshpet food itself I think it’s also worth mentioning their socially responsible environment policies. Freshpet uses 100% wind power for their kitchens, sources ingredients locally so less transportation is required, and they have planted over 25,000 trees to offset their carbon footprint as they work towards having zero carbon footprint in the future.

Freshpet is most often sold in rolls of meat, which honestly isn’t the most appetizing looking products as seen below. Then again, not many dog foods are appetizing to humans.

When you’re feeding your dog a roll, you’ll find markings along the packaging showing you 1/8th lb increments so you can cut off the right amount for your dog at each feeding time.

The roll pictured above is a 1lb roll of food. For a dog 40-60 lbs, Freshpet recommends at least 1lb of food a day which means the dog would eat 1 full roll a day. This is a bit concerning to me because with dry dog food you buy one bag and it will last you 4+ weeks.

If I wanted to feed a large dog Freshpet, I would be going through 2+ rolls a day and it seems that I would run into issues with the Freshpet fridges not stocking enough for my needs.

Freshpet has freshness you can see when you handle the dog food, as chunks of vegetables are readily apparent throughout. Comparing Freshpet to traditional dry dog foods you’ll see right away that Freshpet has no preservatives, meat meals, and a host of other questionable ingredients you can find in most dry foods.

However, when comparing Freshpet to other companies in the fresh dog food space, there’s really no question which one I would prefer. Take a look at the photo below to see why I prefer The Farmer’s Dog (in addition to them being able to deliver perfectly portioned the food every month).

I will say that the meat itself doesn’t look the most appealing to a human, it resembles a large bologna roll though the ingredients are probably much better than whatever’s in bologna! With that said, fresh dog food from companies such as The Farmer’s Dog look a lot more pleasant to the eye.

This is a very limited ingredient dog food overall and contains all of the necessary vitamins and minerals for a healthy dog. You might be wondering what “carrageenan” is, which is an natural extract from red seaweed used to form the texture of the food.

Here’s a look at the overall nutrients of this Freshpet recipe. Note that this is the dry analysis of the food which accounts for the moisture level of this fresh food so we can evenly compare it with dry dog foods.

Overall, Freshpet is a very high protein dog food which is great for the majority of dogs. If your dog has kidney issues or other specific health concerns, check with your vet first to see if Freshpet is a good option for your dog.

Freshpet has a variety of product lines today to fit both your dog’s dietary needs and preferences as well as your own needs such as time constraints.

Here’s a breakdown of the current product lines Freshpet offers –

With so many product lines, it can be hard to know what option to choose. I would suggest you check out Freshpet’s product selector tool which will ask you some questions about your dog and give you customized recommendations as to what food will be best for them.

Sasha’s first time trying Freshpet wasn’t a resounding stamp of approval, but she did eat the food. It just took her a bit to sniff it out before digging in. Sasha isn’t a picky eater at all, but I’d suspect most dogs will get used to Freshpet shortly after being introduced to it and you won’t have issues with feeding.

There are some downsides of Freshpet worth mentioning. For starters it is definitely more expensive than dry dog foods, but that’s the cost of fresher ingredients.

Another thing to consider especially with the rolls of dog food is you’re going to be storing this in your fridge with all of your other food all the time. Some people might not like the idea of having opened packages of dog food in the same fridge as their own food.

If you have a really picky eater or a dog that likes to nibble throughout the day rather than eat all at once, Freshpet might not be best for you. Freshpet recommends that food sit out no longer than 2-3 hours before you need to return it to the fridge so it doesn’t spoil.

For me, an owner of both medium and large dogs, I would be concerned with running out of Freshpet food or having to run all over to different stores in order to find what I need. If you have a small dog this wouldn’t be a concern, but I often only see a handful of rolls in the Freshpet fridges at any given time.

Since Freshpet doesn’t ship directly to your house like many fresh dog food delivery services, running out of the right dog food becomes a real concern.

The smarter fresh food is The Farmer’s Dog

We prefer The Farmer’s Dog over Freshpet. Why? Because you get fresher dog food delivered right to your door that was made just days ago, not something sitting in a supermarket fridge for weeks to months. Get 50% off by clicking here or the coupon link below.

Where to Buy Freshpet

Freshpet can be found in most pet stores and major grocery stores. You can also use Freshpet’s store locator to track down a spot near you.

How Much Does Freshpet Cost?

The cost of Freshpet dog food will vary a good amount based on what style of the food you buy. The most affordable option is to buy the rolls of dog food.

The bags of Freshpet such as the Freshpet Selects are much higher in price. For a 4.5 lb bag the cost is ~$20. A 50 lb dog would require about 4 cups of this dog food per day, and there’s only ~6 cups total per bag. This equates to ~$13 per day. You’ll probably want to avoid going this route unless you have a small dog!

Can Freshpet be Frozen?

Freshpet is never frozen during the manufacturing and transit process, but if you get it home and need to freeze some of it in an attempt to keep it from spoiling that is perfectly fine. When it thaws it may have a different color and consistency, but the nutritional value will remain the same.

Can Freshpet be Heated?

I suppose you could heat your dog’s Freshpet, but there’s really no reason to. Freshpet is made to be refrigerated and fed to your dog cold, so I would avoid heating the dog food.

If your Freshpet is frozen and you need to thaw it, it’s best to leave it in the fridge for a day or two and let it thaw out slowly. If you’re really in a jam I would suggest putting it in a sealed bag then putting it in a pot of warm water to speed up the process. 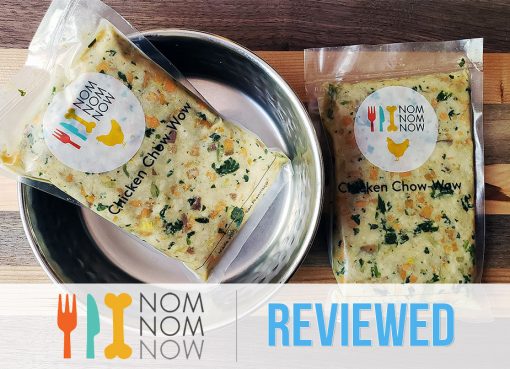 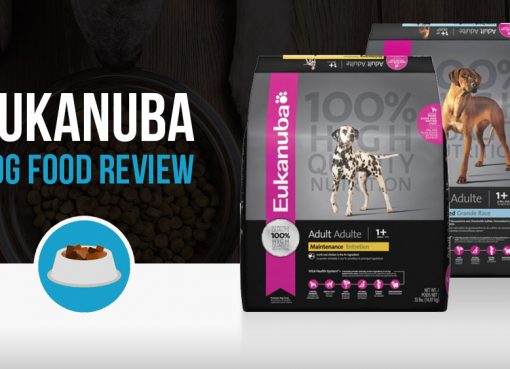 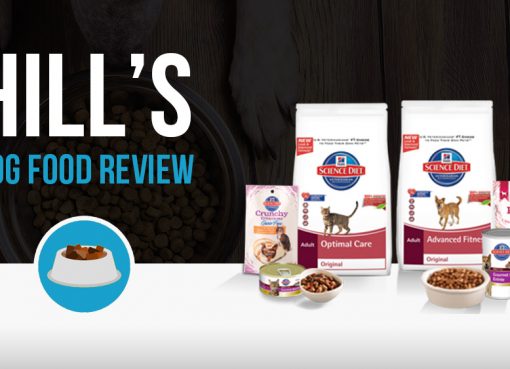 32 thoughts on “Freshpet Review [Worth Your Money?]”