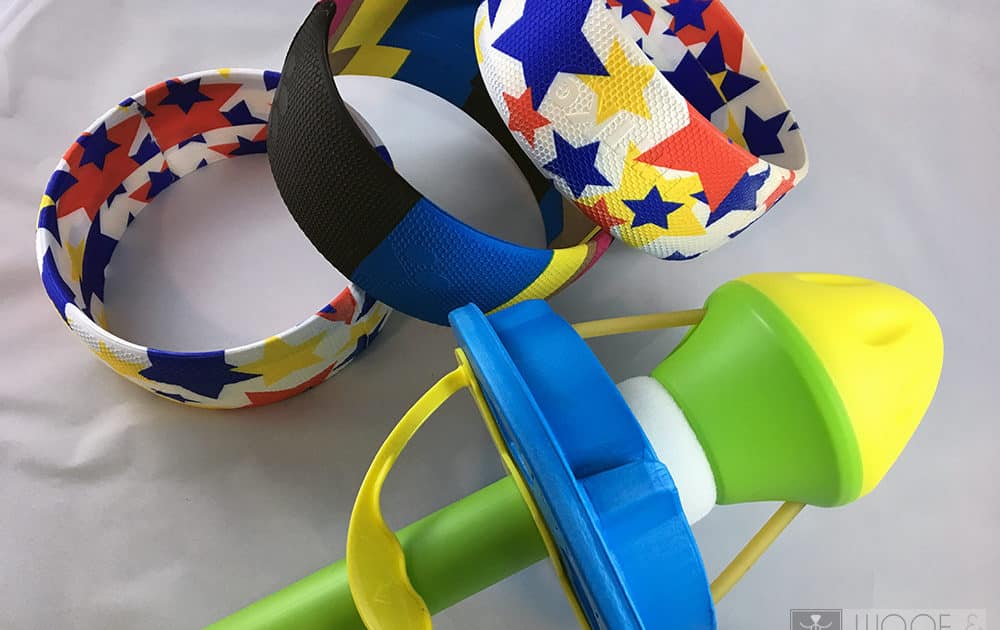 Hurrik9 largely relies on calm weather conditions for ideal performance and frequent use results in diminishing distances. Nonetheless, our dog still goes nuts for those rings.

Hurrik9 ring launcher is an interesting twist on the traditional game of fetch. This patented dog toy resembles a cross between a traditional ball launcher and a slingshot. The unique part is the innovative and durable dog toy rings that launch through the air. We put the Hurrik9 ring launcher to the test in our detailed review and even compared it to other ball launchers. Take a look below to see the Hurrik9 features and performance. 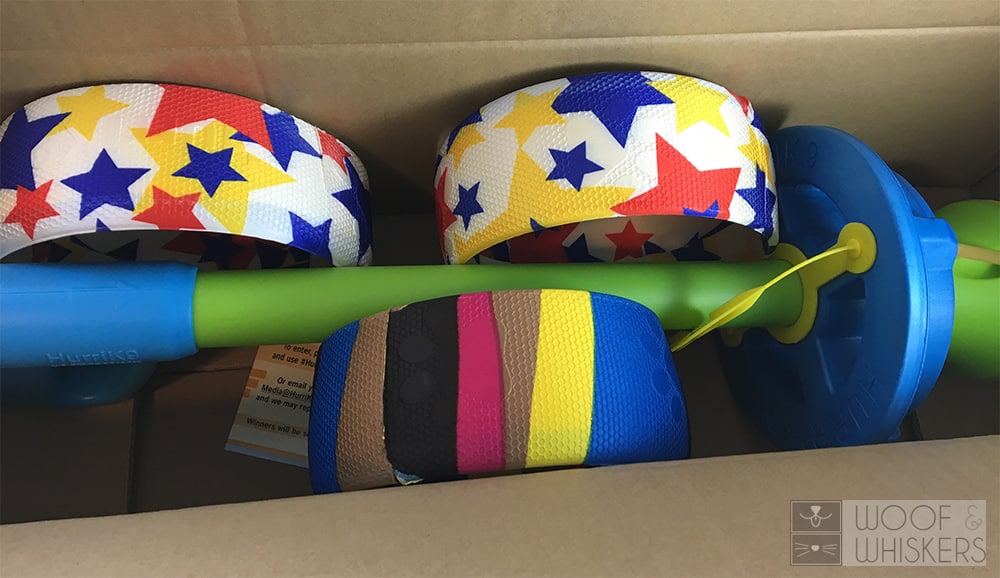 The shipping box and package design was a bit subpar. The Hurrik9 launcher was loosely placed inside of the box and rings were scattered throughout it in random locations. Nonetheless, nothing was damaged and everything worked perfectly fine. Inside, you will find the Hurrik9 itself, 3 rings (or 6 depending on which package you purchase), and a coupon for replacement rings.

Let’s be honest, at first glance you would never think this was a dog toy. The simplicity of this toy is remarkable for how well it performs. After all, the majority of the launcher is simply light-weight plastic and doesn’t even have a trigger mechanism. Instead, you simply pull back on the top handle which is attached to a heavy duty rubber band. When released, it launches the ring through the air. 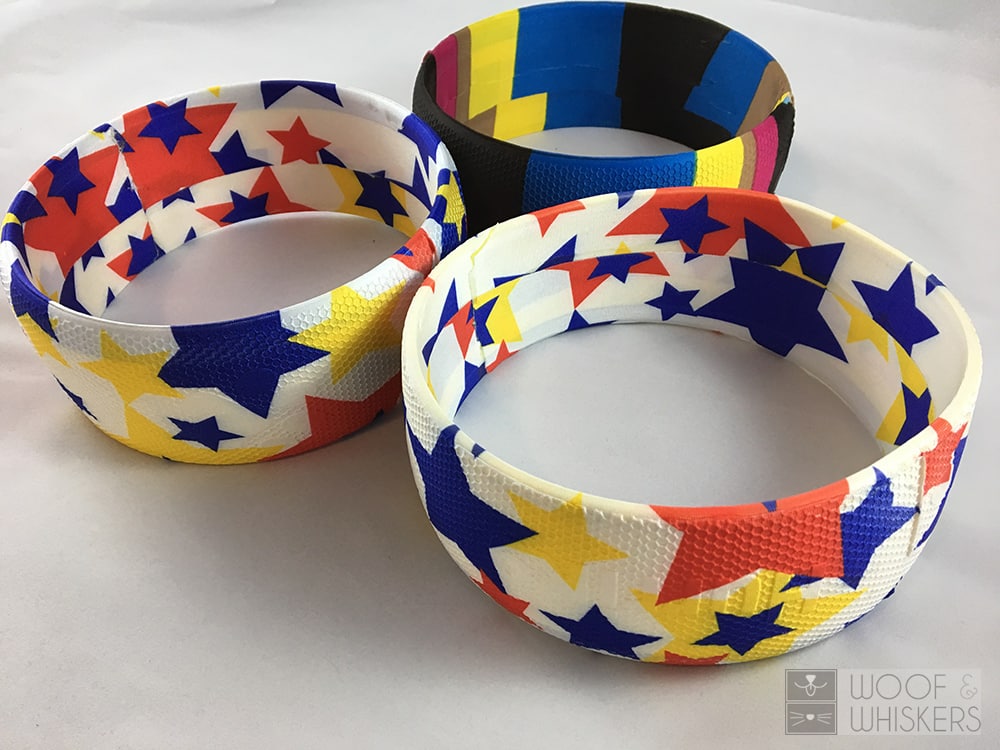 The extra tough rings come in a variety of fun patterns and bright colors while the classic rings come in the standard yellow and blue design. We were initially very cautious of the material the rings were made out of as they felt like our dog would destroy them in a second (and we even had the extra tough ones); however, they did hold up quite a bit longer than expected. We’ll get more into this in the performance section. If you squeeze one of the rings slightly, you will notice one end is a bit harder than the other. The hard end should be point out when loading it on the launcher, as the added weight in the front of the ring helps it fly through the air.

Hurrik9 can be easily adjusted to launch as far as you choose – simply pull the handle back all the way to launch it far or just bring it half way for shorter distances. The company markets the Hurrik9 with classic rings as being able to launch 100ft. We only tested the Hurrik9 with the extra tough rings, which are a bit heavier and as a result, don’t launch quite as far. See the performance section for exactly how far ours launched.

Since the distance can be adjusted, using the ring launcher indoors is definitely possible if you have the room. We launch the Hurrik9 down our hallway with our dog nearly every day for some added exercise without having to go outside. And it’s very quiet too, much more quiet than most ball launchers, which is a big plus for indoor use.

As we mentioned previously, Hurrik9 comes with two choices for rings: classic and extra tough. Classic rings will launch up to 100ft but are much less durable. The extra tough rings are heavier duty and can last longer with aggressive chewers. With the added weight, however, comes lower distances.

One of our favorite aspects of the Hurrik9 launcher is that it acts as a mind stimulating dog toy. The change of pace from a standard ball adds a new dimension to the regular game of fetch. Variable distances, speeds, and shapes of the toy make it very fun for your dog time after time.

The performance of the Hurrik9 ring launcher seems to depend on weather conditions. Wind speeds can drastically affect the launch distance of the ring. This can be a positive or negative aspect, depending on direction, since the wind can actually carry the ring much further. However with little to no wind, the Hurrik9 launcher was very consistent.

How far did the Hurrik9 Launch?

During our hands-on test, the Hurrik9 launched 59.7ft with the EXTRA TOUGH rings. So it appears you lose approximately 40ft of distance if you elect to use the extra tough rings over the classic rings. We personally are ok with this trade off since durability is a major concern with our aggressive chewers.

How loud is the Hurrik9?

Not at all! We tested the sound of the Hurrik9 using a sound monitoring app. The results showed a spice of 75db which isn’t too bad at all. We were actually surprised by that number registered since it seemed much quieter compared to other launchers we used. This is our favorite for using indoors where sound is a concern.

How Durable are the Rings?

Let’s face it – we all know “durable” means nothing to aggressive chewers. There’s very few dog toys that can survive longer than a day. The extra tough rings are not exactly very tough; however, our dog does not sit down and start chewing on these. Whenever she typically finds a toy she likes, she will sit down and chew on it until it’s destroyed. With the Hurrik9, however, she is much too excited and anticipating the next launch to want to lie down and chew. As a result, they lasted much longer than we thought (originally we were thinking a day at most). Here are the rings after a couple weeks of playing. They are destroyed. And to make matters a bit worse, the rings are a bit pricey to replace. However it’s a price we’re going to have to pay for our dogs’ happiness, as she is way too in love with these dang rings.

We’ll let our dogs be the final judges on this one. Two paws up!

Sasha is obsessed with this launcher. We now ask her “want to play with your ball launcher?” and she runs to where we keep the Hurrik9. I think this says it all. Give it a shot – your dog will love it! 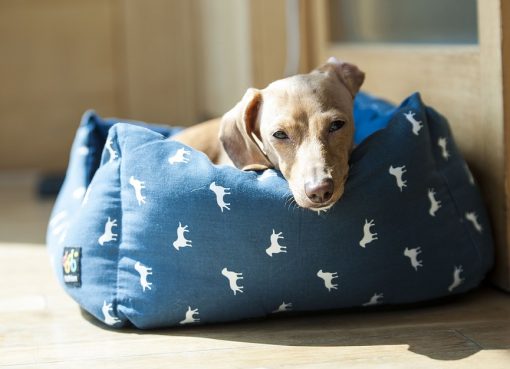 Best Dog Beds for All Breeds: Reviewed for Durability and Style 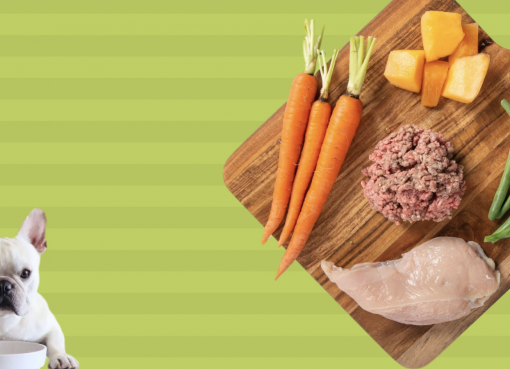 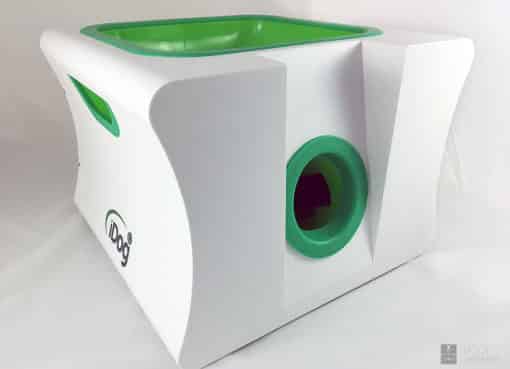